What is brake fluid?

Brake fluid is basically a hydraulic fluid that actuates your car’s brake system when the brake pedal is used. It has the property to transfer energy: the force of pressing the brake pedal is hydraulically amplified and transferred to the front and rear brakes, ultimately stopping the vehicle.

Brake fluid is a safety product. Therefore selecting a trustworthy private label brake fluid manufacturer is key. TecLub has decades of experience and is supplying many large reputable companies in over 40 countries worldwide since 1988. We know what it takes to stay safe on the road.

Brakes can get contaminated with dirt, grime and other (greasy) deposits. This can cause wear and overheating of your brakes and does not improve braking performance. Brake cleaner is a highly effective, quick drying cleaner for cleaning brake discs, brake pads and other brake or engine components like couplings and gear boxes. Clean parts prevent your brake pads from squeaking.

Sometimes brakes start squeaking. By applying a thin layer of ceramic grease on the back of the brake pads you can quiet, eliminate and prevent high pitched braking squeal. Ceramic grease is furthermore an ideal high quality grease for lubrication of braking systems, wheel nuts, exhaust manifolds, bolts and all other fasteners subject to very high temperature and corrosive conditions.

Contact us for your tailor made offer or any query you have.

What does brake fluid do and why is it important?

Brake fluid is the single most important fluid in a car and key to a car’s safety as it makes your car stop and controls brake related safety systems. The most important properties are:

To give you an idea on the effect of water on the boiling point: this seemingly small percentage of water reduces the boiling point of an average DOT4 brake fluid with a stunning 100°C (from roughly 260°C to 160°C)!

Brake fluid must not only work in extremely high temperatures, but must also be fluid and effective under freezing conditions and when the engine, brakes and fluid are still cold. A quick response time in case of an emergency, calls for a low viscosity (“thin” fluid) at low temperatures, typically measured at -40°C. Brake fluids meeting ISO 4925 class 6 specifications are best in class when it comes to low temperature fluid viscosity.

A good brake fluid must:

DOT 3, 4 and 5.1 are glycol based and consequently hygroscopic, which means they absorb moisture from the atmosphere. These fluids gradually start to absorb moisture from the moment they are put in the hydraulic brake system or exposed to the air. The fluid attracts moisture through microscopic pores in rubber hoses, past seals, due to condensation in the system and exposure to air.

As water enters the system, instead of pooling in low spots (such as the caliper), due to its weight in comparison with brake fluid, it is dispersed throughout the brake fluid. This keeps the boiling point of the entire fluid high rather than having pools of water in the system which will boil much sooner than the rest of the brake fluid.

The downside of this water absorption is that – over time – moisture greatly reduces the boiling point of the fluid.

When the boiling point of a brake fluid is severely reduced due to water absorption, the brake fluid might start to boil, especially under prolonged, hard or continuous braking (mountainous areas, heavy loads) and in hot weather. Boiling will create gas bubbles in the system. As gas is far more compressible than liquid, the driver will experience no pressure at all on the brake pedal, resulting in an extremely dangerous total loss of brake power and brake failure: vapor lock. This situation should be avoided at all times.

As a fluid that transmits force, a key property is that it is incompressible. Since it is exposed to very high temperatures during braking, brake fluid should have a very high boiling point so that it remains incompressible even during extreme braking.

The FMVSS No. 116 DOT standard is by far the most well-known and most-used international specification which specifies performance requirements for each type of fluid and is set by the (US) Department of Transportation (DOT). The FMVSS breaks down into a few different types. These include DOT 3, DOT 4, and DOT 5.1 which are all glycol-based fluids. In addition one has DOT 5 which is a silicone-based fluid.

The following table shows the key parameters of the most used specifications:

When to change brake fluid?

There is no single answer to how often to change brake fluid as it depends upon how the car has been driven, the maintenance state of the car and can vary by make and model. In essence, one must change when the boiling point is too low. Boiling points can be tested by professional workshops.

Because brake fluid is crucial to keeping you safe, it is advisable to carry out a visual inspection of the fluid much more frequently. There are four tell-tale signs that a fluid might need to be changed.

It is recommended to follow vehicle manufacturer’s instructions on service interval and when adding or replacing brake fluid.

What brake fluid do I need?

Always use the brake and clutch fluid recommended by the manufacturer of your car. To know which type of brake fluid your car requires:

There are other brake fluids on the market that are referred to as “Super DOT 4” or “DOT 4 Plus”. These are no formal standards, but usually these fluids well exceed FMVSS No. 116 DOT 4 performance criteria. They do generally align with the higher quality DOT 5.1 fluid standards. 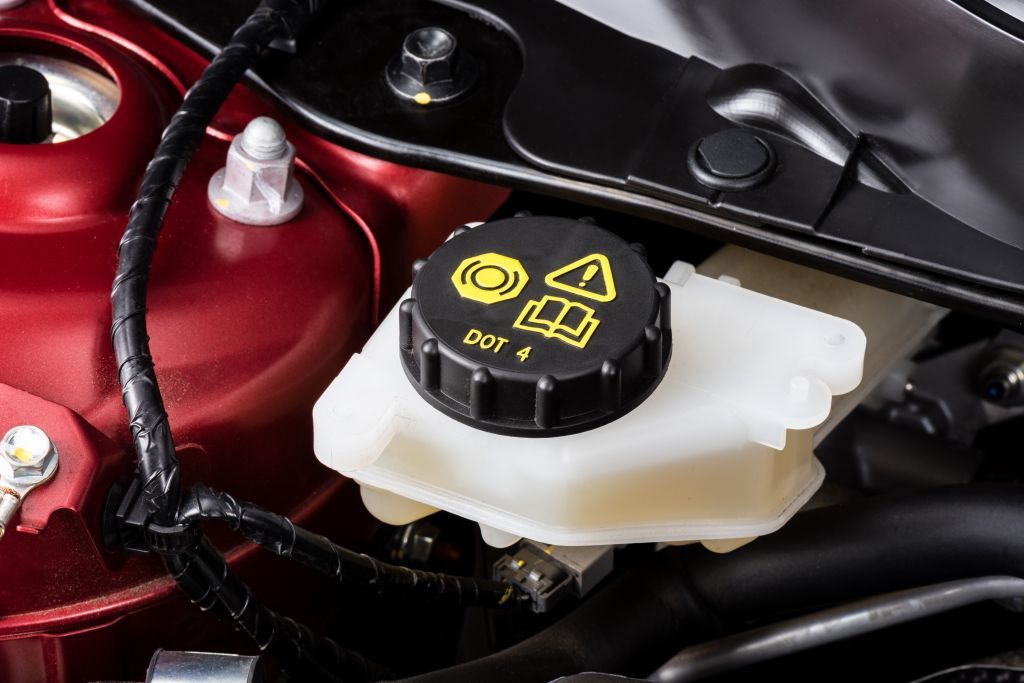 Can you mix brake fluids of different specification?

In general it is recommended not to mix brake fluids of different DOT standards unless you are upgrading to a higher DOT grade. Fluids of the same DOT grade are miscible with each other and compatible with other approved DOT glycol ether and borate ester brake fluids. DOT 3, DOT 4, DOT 5.1 grades must never be mixed with silicone type or silicone ester type of brake fluids like DOT 5.

What’s the difference between brake fluids?

A further difference is the low temperature viscosity of the different fluids which is relevant for the safety in cold weather conditions and when the brake fluid is still cold.

In the table above you can see these differences for the most used brake fluids.

Although many vehicle and brake manufacturers give minimum recommendations, the right time to change the brake fluid should not be based on the vehicle’s mileage or age. The only real way to know whether a brake fluid is still OK, is to test the actual boiling point. This should be done with a brake fluid tester which actually heats up the brake fluid and measures the point at which it starts to boil.

In contrast to the above tester, conductivity or ‘pen-type’ tester types are popular in the market primarily because they are low-cost and easy-to-use. However, they do not boil the fluid, but instead estimate the water content electronically by measuring conductivity. The tester then converts the level of conductivity to a “water percentage” and indicates the result, commonly as a display of green, yellow or red lights.

In theory, conductivity (and/or capacitance) increases with moisture content. Unfortunately, this measurement principle is fatally flawed as the conductivity of new brake fluids varies substantially from formulation to formulation and between the different types. Therefore, unless a conductivity tester is calibrated on one manufacturer’s product and then used only for that product, these pen testers can potentially ‘fail’ new fluid and ‘pass’ contaminated fluid.

We are aware of many incidents where electronic brake fluid testers have incorrectly failed new product straight out of a bottle, while under different circumstances passing product as acceptable which had become extremely dangerous for use. In our experience any brake fluid tester which does not actually heat the fluid is likely to give misleading or even dangerous results.

Key takeaway: Brake fluid boiling points should only be determined by testers which boil the fluid and determine actual boiling temperature. Conductivity or pen-testers should be avoided as they tend to be unreliable. 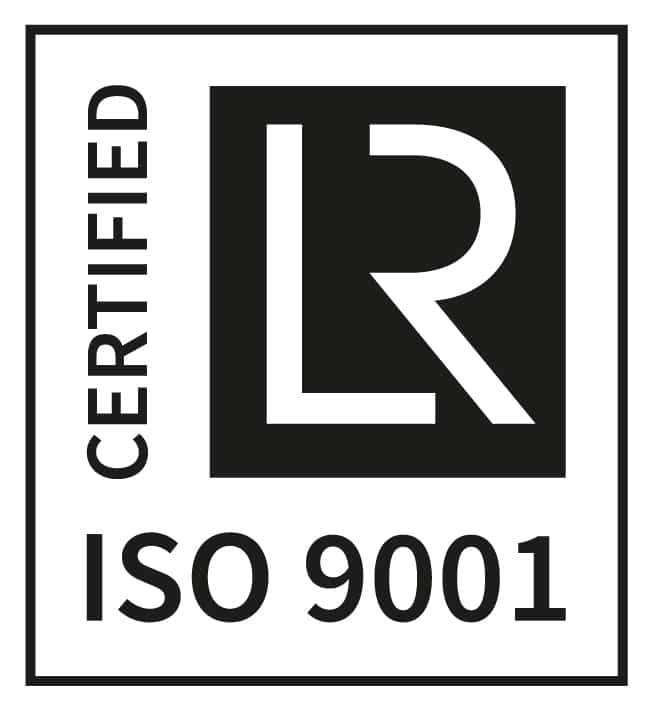